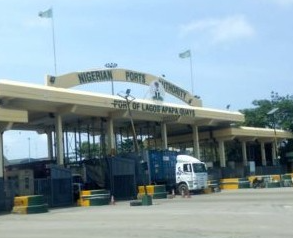 Port operators have called on the Nigerian Ports Authority (NPA) to overhaul the e-call up system recently introduced to address traffic congestion along the Apapa ports.

Recall that NPA announced the launch of ‘Eto’, an electronic truck call-up system designed for the management of truck movement and access to and from the Lagos Ports Complex and the Tin Can Island ports, Apapa, Lagos.

The National President of the Nigerian Association of Air Freight Forwarders and Consolidators (NAFFAC ), Prince Adeyinka Bakare, warned that the e-call up system might be truncated by officials of the port authority involved in the process, alleging that the progress recorded so far might suffer setbacks by saboteurs.

Bakare who lauded the innovations by the management of the NPA, in a chat at the weekend, alleged that some personnel who benefitted from the gridlock in time past and may frustrate the e-call up the system.

The air freight forwarding expert said there are indications that the innovation would be scuttled by government officials.He suggested the outsourcing of the system to a competent private organisation that could drive the project successfully without fear of compromise and sabotage, adding that some personnel of the government agencies were unhappy with the innovation as some of them have fed fat from the gridlock.

Bakare, who is also a governing council member of the Council for the Regulations of Freight Forwarding in Nigeria (CRFFN), said “You can’t build a system around people you know that can sabotage your efforts. The e-call up system is a perfect idea but you cannot build that same system around someone who used to get N50,000 or N100,000 from the system days before the system changes.

“If the system changes and the same people or persons are still involved in the process, then you should expect some level of frustration because those people will scuttle the system for them to go back to basics and begin the collection of those said monies, which had initially stopped.”

Bakare, the Managing Director, De Potter’s Nigeria Limited, stressed the need for the sustainability of free flow of vehicles along the port corridors.

Other operators urged the Lagos State Government and the NPA to publish the list of trucks and articulated vehicles certified for the digitalised call-up system to ensure transparency.

This request came as the gridlock continued on the ever-busy Oshodi-Apapa expressway, despite the current effort to decongest the road. Enforcement agents were nowhere to be found on the road with officials of the Nigerian Customs Service (NCS), truckers and members of the National Union of Road Transport Workers (NURTW) taking over the traffic management around Mile-2 and Otto Wharf.

The National Deputy President, Air Logistics, the National Association of Government Approved Freight Forwarders (NAGAFF), Dr. Segun Musa, told The Guardian that the government is sabotaging all efforts at resolving the issue of the gridlock at the port corridors.

He questioned why 7, 000 trucks have been certified to enjoy the electronic call-up system out of the over 60, 000 trucks operating in the state port corridor, alleging the decision raises suspicion and amounts to a deliberate effort to shortchange the genuine stakeholders in the sector.

He said the NPA and the state government should ensure there is transparency in the process while urging them to publicly provide the criteria for the selection of the 7, 000 trucks, as well as make known the owners of the trucks.

Musa said it is becoming more obvious that the government is not showing interest in removing the gridlock, but is only interested in generating revenue through the sector, adding that constituting a taskforce team within the port corridor is just another way of creating money for certain people.

He said there was no need to constitute a state government Task Force team, since the presidential Task Force team could not resolve the situation at the port corridor, adding: “They create nuisance within the port corridor and there is no way we can have the free flow of traffic within that corridor because the amount of money each vehicle is paying before they can be allowed to pass the port is as much as N200, 000 to N300, 000 per vehicle.”

Also speaking, the National President, African Association of Professional Freight Forwarders and Logistics of Nigeria (APFFLON), Frank Ogunojemite, said instead of the government collaborating with other people to solve the gridlock, they should go for forensic policing, that is, intelligence collection of data.

He said constituting several committees of Taskforce to address the situation is not the solution, as it is an avenue to enrich certain individuals through sharp practices and other illegal operations/business activities at the port access roads.

“This should not be a matter of committee or collaboration because there is a conspiracy among the people deployed to that arena. The cabals of that arena will not allow solutions to come to pass. If it has taken the government many decades to solve the gridlock and it is yet to be solved, this shows something is fishy.”