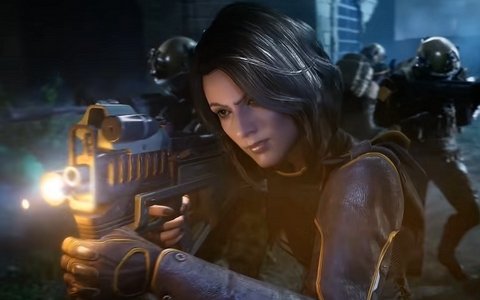 The early days of Rogue Company felt rushed, to put it nicely, offering a very brief window of only paid access and launching without ranked play and other features one might expect from a modern multiplayer shooter. It was a game that didn’t stand out from the crowd despite flashes of brilliance in its fast-paced multiplayer rounds. Much like Watch Dogs: Legion before it, Rogue Company was a next-gen game in disguise, and the recent Xbox Series X upgrades by First Watch Games have unveiled a free-to-play game that serves as a great showcase for what the current-gen console can do.

Players on Microsoft’s newest consoles can choose between two settings after loading up Rogue Company for the first time. On Xbox Series X, the game supports 120FPS at 4K but will trade in the enhanced framerate for better visuals if players choose to do so or can’t support the faster frames. The Series S has similar options, only going up to 1440p for its highest graphical fidelity. As tempting as it may be to switch on the higher framerate, the better deal might be in the visuals, which feel like a sequel’s worth of visual polish piled onto a relatively new title.

Perhaps it’s something about the small maps or the very short time to kill, but Rogue Company is a better-performing game thanks to its 4K overlay. The details that faded into the background before pop out everywhere. As a consequence, players can aim from farther away to take out distant foes. While logic would dictate that games being created for the new hardware might be held back by support for previous generations, the opposite is proving true in 2020. Those who’ve played Rogue Company for the past few months in the living room were just getting a sample of what the game can really feel like under its optimal conditions.

The consistent framerate, even without the 120FPS boost, is also a great bonus, although the Xbox One X had no problem producing similar results in that department most of the time. What will be even more exciting is a promise to better support spatial audio for the current-gen versions in a future update. This is a feature that Sony is primarily pushing with the Pulse 3D headset, but there are plenty of fine pieces of hardware on the market that can also support the feature on the Xbox side of things.

Looking at a game like Rogue Company is a great reminder of how much 4K really does add to the gaming experience. Here is a shooter that certainly had a style at launch, but it wasn’t making a big splash. The graphics were run of the mill, which made the game feel more monotonous than expected in longer sessions. Those problems are gone on Series X, letting the gameplay shine through and engage the player as it was always meant to. If this is what can happen to a run of the mill game on Xbox One, here’s hoping that a lot more publishers are on board for Xbox Series X upgrades in the very near future.

Rogue Company is available to download and play for free on Xbox Series X, Xbox One, PlayStation 5, PlayStation 4, Nintendo Switch, and PC. The Xbox Series X version was played for the purposes of these impressions, and an Epic Games Store code was previously provided to Screen Rant for review.