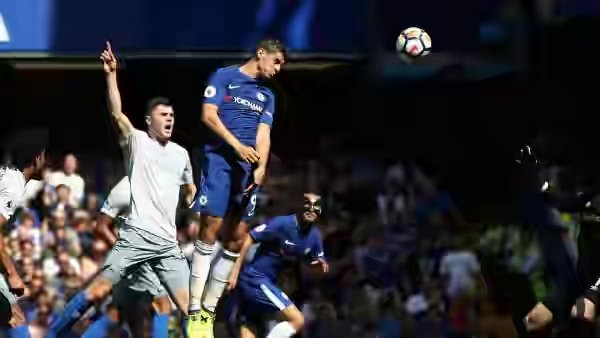 I Studied Drogba Videos – Chelsea Striker, Morata Reveals How He Became So Good with His Head [Sport News]

Alvaro Morata has admitted he watches clips of Chelsea legend, Didier Drogba in the hope of improving his own game.

The Spaniard, signed from Real Madrid last summer for £60m, has enjoyed a fruitful first few months at Stamford Bridge, and fans are largely happy with his opening contributions.

The 25-year-old has scored nine goals and laid on four assists in the Premier League so far, and looks to be on course for a good first season with the west Londoners.

The striker revealed that he has turned to Drogba for inspiration as he looks to become a better footballer. He said he first asked for a recording of Drogba’s goals from Chelsea in the summer and still views it now.

Morata who accepts that there is always room for improvement, and to help with that he watches highlights of Ivorian aerial threat, Drogba in his prime at Stamford Bridge, said; “I put it on at home so I improve with Didier,” he explained.

“When I was seven or eight, I got a trampoline. My dad used to say to me all the time, ‘come on with the head’ and then pass the ball to me as I jumped. I really think it’s helped my heading game because I practiced this all the time with my dad.

“I found it funny when I was little to jump high and head or kick the ball, but it helped me for the future as well because the aerial game is one of my good points.”

Six of Morata’s total Chelsea goals so far have been headers, so it certainly looks as though the combination of watching Drogba and his early training with his day is paying dividends.