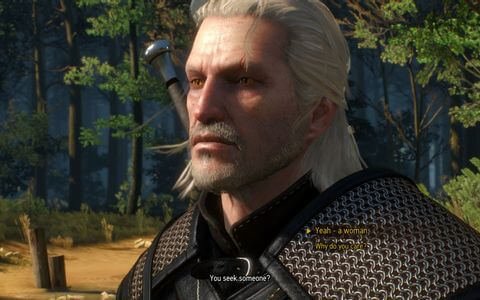 Players can install weird and wonderful mods in The Witcher 3 to enhance the game in wacky ways, from giving birds hats to fusing Geralt’s face.

Rich action and fantasy RPGs like The Witcher 3 can always benefit from the creativity and hard work of the modding community to extend the life of the game. Often mods will introduce new cosmetics, like better hair, or improved fighting mechanics, like extended attack range. Sometimes, mods will even create new levels or experiences for players to recontextualize the game and plot. Some mods, however, are just for fun and can be truly bizarre to experience.

The modding community for The Witcher 3 has created some absolutely weird and wonderful mods players can install and enjoy. Most of the weird Witcher 3 mods are purely cosmetic, but there are a few that introduce some new gameplay mechanics, like snowboarding. If players are looking for a fun way to end 2020 or to start the new year with a laugh, these strange mods for The Witcher 3 might be the perfect way to go.

For a mod to be considered “weird,” it needs to meet some criteria. They need to add something new to the fantasy world that feels entirely random. They can also be more humorous than useful. Some of the best weirdest Witcher 3  Mods include the following:

If players have ever wanted to seek thrills and traverse the snow-covered mountains in The Witcher 3 in style, they can download the Geralt VGX Snowboarder DLC mod by Feregorn. This mod adds a Snowboard Altar overlooking the bay of Kaer Trolde where players can get cool new items, including a unique snowboard. Players can use this snowboard to travel around the world or use it as boots or a sharp, impromptu weapon.

In honor of the holiday, players can give all the geese in The Witcher 3  holiday hats. The Christmas Geese mod by Valennia and Feregorn is very simple: it gives all geese a Santa hat to wear throughout the game. This mod was created as an homage to the Chicken Helmet mod, also on this list.

Face-swapping apps are all the rage, and players can let Geralt in on the fun with the Geralt Face Fusion mod by dekafe. Players can replace Geralt’s face with the face of some other NPCs including Vesemir, Eskel, A Clown! Yennefer, Eredin, Letho, and Avallach.

Vesemir is one of the most mysterious characters in The Witcher 3. Players can give him a more discernible personality using the Vesemir the Loyal Brony mod by MistMods. This mod adds My Little Pony and Star Wars Stormtrooper facial tattoos to Vesemir. There is a similar mod that can replace every woman’s face in the game with Vesemir’s for an added level of horrible.

Similar to the Geralt Face Fusion mod, players can install the Geraltesemir Mod by dekafe, which creates the unofficial son of Geralt and Vesemir as the playable character. The creator describes this mod as “basically a (failed?) attempt at replacing Geralt face textures by that of Vesemir.”

If players have ever felt bad that the animals in Witcher 3 are not armed and armored, the Chicken Helmet Mod by mk59093 is the perfect way to remedy that. This mod gives every chicken a helmet. These helmets look like futuristic mind-control devices.

You Have Lost More Than Coin

When Geralt commits a crime in The Witcher 3 and gets caught by guards, the guards take all his coin. But, if players want an added bit of humor and challenge, they can install the You Have Lost More Than Coin mod by ghostneedle. With this mod, guards will also take Geralt’s gear when he is caught committing a crime, leaving him temporarily pantsless. Players wil need to beware, however, because any gear lost this way is gone forever.

How To Install Mods For Witcher 3

Players can either install mods manually or using a tool called the Nexus Mod Manager. The major difference is the speed with which mods will be installed and how easy it is to organize them in a folder. While manual installation is faster and does not require players to download extra software, Nexus Mod Manager sorts mods by category, making it easier to manage them all.

To install mods for Witcher 3 manually:

To use Nexus Mod manager:

Either way a player chooses to install their mods, once they launch the game, they should see their changes take effect.

The Witcher 3 is available for Nintendo Switch, PC, PlayStation 4, and Xbox One.