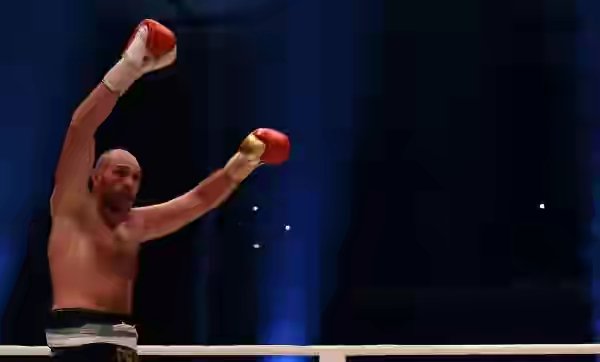 Tyson Fury could have his boxing licence reinstated when the British Boxing Board of Control (BBBofC) meets next month, a move that would allow the controversial British fighter to make a dramatic return to the ring.

UK Anti-Doping has cleared the 29-year-old former world heavyweight champion to return, after an absence of over two years, following his acceptance of a backdated two-year ban over a positive test for a banned steroid.

Fury, who has denied any wrongdoing, has spoken of his desire to “reclaim the world titles which are rightfully mine” but can only box again with the permission of the BBBofC.

“Tyson Fury’s boxing licence suspension will be considered by the stewards of the board in January,” the board said on Wednesday.

Fury, who has not fought since his shock win against Wladimir Klitschko in November 2015 to become the undisputed heavyweight world champion, said he was looking forward to getting back into the ring.

“I’m a fighting man through and through and I’ve never backed down from anyone in my life and I was certainly not going to back down from fighting this dispute,” he said.

Fury immediately laid down a challenge to British compatriot Anthony Joshua, who successfully defended his IBF and WBA titles against Carlos Takam in October.

Fury tweeted: “@anthonyfjoshua where you at boy? I’m coming for you punk ent no1 blocking my path now!”