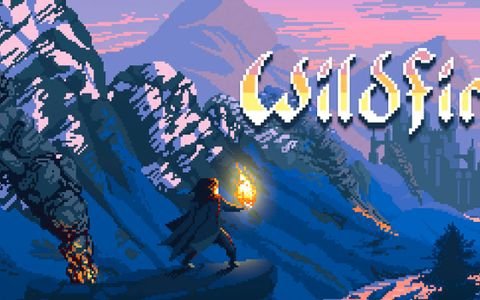 Wildfire’s combination of 2D stealth and immersive sim sensibilities works wonderfully on the Switch, but performance issues mar the experience.

Nintendo Switch indie devotees may rejoice, as charming and challenging stealth adventure Wildfire hits the handheld masses this month. An engrossing blend of light platforming, guard-pranking, and elemental powers all welded to a stealth action framework, Wildfire is one of those rare indies which wears its inspirations proudly while being more easily approachable than those time-honored classics. Readers may recall the high marks Screen Rant’s Wildfire PC review gave the game back in June, but a few later patches added some noticeable polish, all of which are neatly packed into its appearance on Nintendo’s flagship console.

The peaceful town at the center of Wildfire is beset by a ruthless empire, with the main character quickly burned at the stake as a witch. Luckily, a fallen meteorite grants them special powers, letting the player summon elements from the environment and turn them onto the guards. The adventure to rescue the town’s residents and defeat this invasion relies on carefully sneaking through shadows and tall grass to avoid and disrupt patrols, spelunking through caves for secrets and gear, and, yes, often setting the entire screen ablaze, sometimes accidentally.

A fetching, slightly chunky pixel art style reveals the various caverns, streets, mountainside fortifications and snowy depths of the game’s malleable world. Eschewing the disintegrating architecture of something like Terraria, Wildfire employs a variety of rigid systems that slowly unfurl into reactive set pieces as more elemental powers and abilities are unlocked. Burn bridges to ash, grow vines to avoid enemies or plot an attack from above, and summon water bubbles to safely cross spike pits.

Every element in the game reveals additional utilities as powers are upgraded, fueled by each level’s secrets and multiple challenges. The toughest achievements do seem cordoned off by the lack of available abilities in the earliest Wildfire levels, but it’s just as satisfying to return to these and handily master any missed challenges, and feels smartly attuned to the pick-up-and-play qualities of the Switch.

However, this port does run into a few problems, especially in terms of its performance. A settings option activates “Handheld Mode,” which slightly but noticeably zooms in Wildfire’s camera, for the apparent intention of making more details visible on the screen. To be blunt, this seems more like a band-aid for the system sputtering when facing multiple elemental effects occurring on the screen at once. If the setting actually corrected those issues, that would at least be a reasonable trade, but it barely manages to keep it at bay, and the zoomed-in view is hardly ideal for this genre. Sadly, docked mode does not fare any better.

While these performance issues don’t wreck what is still a splendid experience, they sour Wildfire’s Switch potential. If players haven’t fired up the launch version in a while – much like this reviewer – they’ll undoubtedly enjoy the lightly refined controls and updated settings available here. A setting for advanced enemy patrols where guards will climb walls and more ably spread their surveillance is now unlocked from the get-go instead of requiring a New Game+. Wildfire’s guards were always fun to divert, defeat, and terrify, but these slightly smarter patrols make everything feel more fair.

Fans of stealth games who missed Wildfire’s original release should certainly consider its Switch incarnation. The technical issues do unfortunately make this the admittedly inferior version of the game, but they aren’t enough to sully a brilliantly approachable and creative indie stealth adventure. Wildfire is incredibly kind to stealth newcomers, with a carefully designed series of tutorial levels that don’t even really feel like tutorials, eventually leading to massive and intricate areas that are a joy to devour, and work really well as bite-sized breaks on the Switch. Wildfire still fulfills its pedigree: an immersive stealth sim made by ardent fans who just want to share their love with the world.