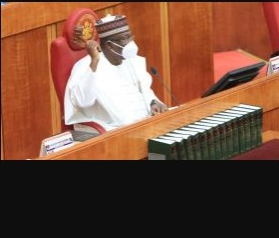 The Yoruba Council of Elders (YCE) has berated the Senate President, Dr. Ahmad Lawan, for accusing South-West governors and leaders as responsible for ethnic crisis and killings in the region.

But reacting to Lawan’s accusation in a telephone chat with The Guardian, yesterday, the Secretary of YCE, Dr. Kunle Olajide, described his claim as untrue.

He said that on the contrary, it was the silence of the national leadership, including the President of the Senate, fuelling ethnic crisis.

“It is totally untrue. Ethnic crisis is being amplified by the relative silence of even the National Assembly and the Senate President himself and also the Presidency.

“What appears to be the insensitivity of the Federal Government to our plight that has been on now in the last four years in the South-West, that our people are being raped, slaughtered and our farms plundered and not a word or positive action from the Federal Government, including the Senate President, is the cause of the crisis.

“What we hear is platitudes or rhetoric from ministers or aides of the President. So, they are the one responsible for the brazen attitude of the criminals in the forests as none of them has been prosecuted. In fact, the negotiation for payment of ransom some people are advocating encourages abductions to make more money.

“The money they make, they use to buy more arms to keep terrorising people. So, it is the national leadership, including the Senate President himself and the highest authority in the land, that are fuelling the crisis by silence and gross insensitivity,” he said.

Olajide, therefore, advocated the restructuring of the country to a true federation that would give the state governors power to enforce security in their states

“We must restructure this country,” he further said.