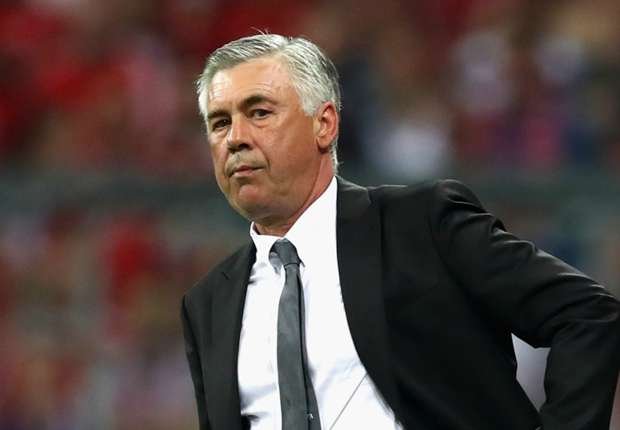 Ancelotti reveals why he snubbed Italy after 2018 World Cup failure

Carlo Ancelotti, has revealed that he was approached by the Italian Football Federation (FIGC), over replacing Gian Piero Ventura as national team coach.

However, Ancelotti turned down the offer, while opting to wait for a club to hire him.

The Azzurris have failed to qualify for the 2018 World Cup in Russia, the first time they will be missing out since 1958.

Ventura was sacked, while Carlo Tavecchio resigned as the president of the FIGC.

“The FIGC contacted me, I spoke to them. I told them I’m honoured that so many people want me to coach the national team,” Ancelotti told La Domenica Sportiva.

“However, that would be like a whole other job. Working for the national team is different to being a club coach, as I still enjoy training and working every day.

“Italian football also has some problems that need to be resolved. I realise there is a conflict of interests between clubs and federations, as there is in Germany, France and England, but right now Italian football needs the Federation to impose its power over the clubs and impose new rules to improve the situation.

“For example, I think Serie A would benefit greatly by being reduced from 20 teams to 18 and I know there are clubs who are ready to vote for that.”