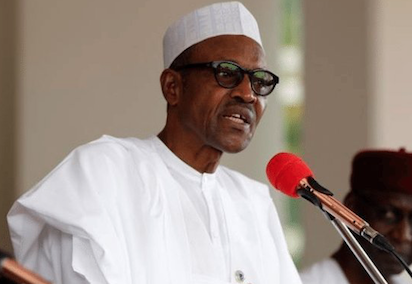 President Muhammadu Buhari has congratulated renowned hip-hop artistes, Ayodeji Ibrahim Balogun, a.k.a WizKid, and David Adedeji Adeleke, a.k.a Davido, on their awards at the Music of Black Origin (MOBO).

In a statement by his media adviser, Femi Adesina, President Buhari joined the teeming fans of the two Nigerian artistes in Nigeria and all over the world to celebrate the highly deserved and meritorious recognition.

The President affirmed that both singers have showcased the rich talents in the country, and brought pride to the nation through their many songs and performances. He commended their dedication, hard work and charity works.

President Buhari also called on the upwardly mobile artistes to be cautious and mindful of likely distractions to their careers, urging WizKid and Davido to serve as ambassadors of the country and role models to upcoming musicians.

In the award on Wednesday night, Wizkid beat a strong field including Jay-Z, Drake, Travis Scott and Kendrick Lamar to net the best international artist prize.

Other artists edged out by Wizkid are Cardi B, DJ Khaled, Migos, Solange Knowles, SZA

Davido, also emerged the best African Act for the year, beating a field of artists, including Wizkid to get the award. The other artists in the pack were: Eugy, Juls, Maleek Berry, Mr Eazi, Sarkodie, Tekno, Tiwa Savage and Wande Coal. Wizkid won the award in 2016.

The MOBO awards, which started in 1996, is Europe’s music award event. It is the most important and influential event for music makers and fans, perhaps Europe’s equivalent of Grammy. It recognises and honours the artistic and technical achievements of exceptional British and international talent in the musical fields of Hip Hop, Grime, RnB/Soul, Reggae, Jazz, Gospel, and African music.

The President affirmed that both singers have showcased the rich talents in the country, and brought pride to the nation through their many songs and performances. He commended their dedication, hard work and charity works.