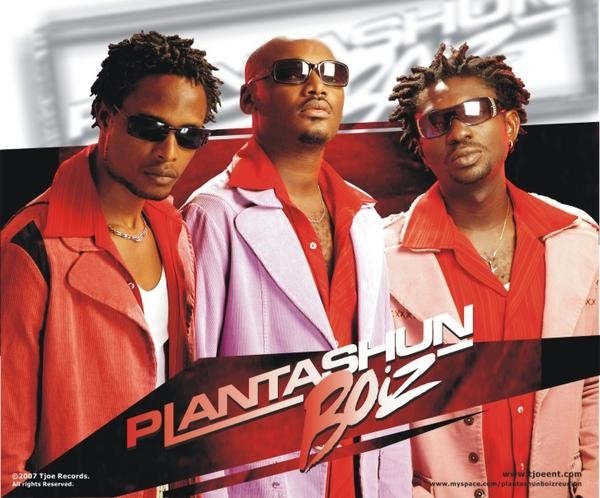 Over the years, some groups in the Nigerian music industry have witnessed breakups leading to serious competition among its members. While some of such breakups were necessary, others left their fans heartbroken.

Naijaloaded looks at some of the music groups that made waves during their reign but are now no more ;

Over the years, some groups in the Nigerian music industry have witnessed breakups leading to serious competition among its members. While some of such breakups were necessary, others left their fans heartbroken.

Naijaloaded looks at some of the music groups that made waves during their reign but are now no more ;

3. Style Plus
The industry also had to deal with the departure of Tunde from his boy band Style Plus that also consisted of Shifi, and Zeal. Style Plus gained stardom with their hit single Olufunmi in 2007 and they all enjoyed their time giving hit songs back-to-back.

The trio was even described in some quarters as the Nigerian version of American RnB group, Boys 2 Men due to their genre of songs.

However, Tunde left style plus few years after to pursue a solo career and since then, not much has been heard from him. The reason for his departure is still unknown.

Shifi and Zeal also haven’t dropped much songs since, leaving their fans to assume that they are done with music and facing other endeavours.

2. Plantashun Boiz
Another group that rocked the Nigerian music industry between the late 90s to early 2000s is Plantashun Boiz which housed the trio of Innocent Idibia, aka 2Baba, Chibuzor Orji, aka Faze and as well as Ahmedu Augustine Obiabo better known as Black Face.

During their days as a group, they had several hits but things came to a head when some members of the group decided to pursue individual careers in 2003.

According to how the story goes, 2Baba signed under Kennis Music where he dropped his hit song African Queen which catapulted him to stardom and made him a force to reckon with in Africa and beyond.

Faze on the other hand also made his solo debut with Faze Alone as his first single as a solo artiste. Black Face as well dropped a couple of singles.

Within a space of about two years, the three of them had songs and albums doing well out in the industry and radio stations.

2Baba had Face to Face, Faze had Faze Alone while Black Face had Ghetto Child. The albums did quite well in the industry.

Since then, 2Baba has grown to become a legend and Faze isn’t doing bad as well. He only drops singles once in a while. He recently dropped a new single titled Business Man which features Harrysong.

Black face on the other hand has been silent for years now until recently when he called out former label mate 2Baba, for allegedly stealing his song “Let Somebody Love You” which he (2Baba) recorded with international songstress Kelly Bridget.

1. P-square
The latest and arguably the most unpredictable albeit heartbreaking split the Nigerian music industry has suffered is that of identical twins Peter and Paul Okoye famously known as Psquare.

Although the group has suffered an off and on rancour before their final separation, until about three years ago, the duo has been up and doing in the music scene both locally and internationally dropping massive hits and shutting down stadiums of about 23,000 capacity in Africa.

Things fell apart when Peter allegedly confronted his twin Paul, and their elder brother and manager Jude for sidelining him in choosing the songs to put out, and that they only selected every song composed by Paul alone.

Both Peter and Paul now have their solo careers with four (two each) songs out for their fans with Peter having two videos for both songs already.